Preparing the Miracle (…) Boris Aronson and the Yiddish Theatre

“I never followed the American idea of age. I started at 180th Street and slowly crawled from one rung on the ladder to the next until I got to the Metropolitan Opera. It is not the American way. In America, you are a genius at eighteen and finished at thirty. To me, each experience is a rejuvenation.”

Boris Aronson is widely recognized as one of the most innovative scenic designers in New York theater history. From the claustrophobic attic of Diary of Anne Frank (1955), the pastel shtetl of Fiddler on the Roof (1964), the mirror that made the modern audience part of Cabaret (1966), to the “transparent cages” of Company (1970), he used scenic design to express the dynamic essence of a play. To this day, his influence can be seen all over Broadway. Aronson’s own artistic journey began in the Yiddish theater of the 1920’s where he crafted some of his most experimental and avant-garde work. Now for the first time in New York, the Minotaure gallery of Paris in association with the Freidman & Vallois gallery presents an exhibit fully devoted to Aronson’s Yiddish theater work. The show runs from November 14 2015- January 16 2016 and is a herald of the larger Museum of the City of New York exhibit that explores Jewish artists from the Yiddish Theater to Broadway in which Aronson will be featured.

Read the article : A Yiddish theater artist finally gets his due | NJ.com 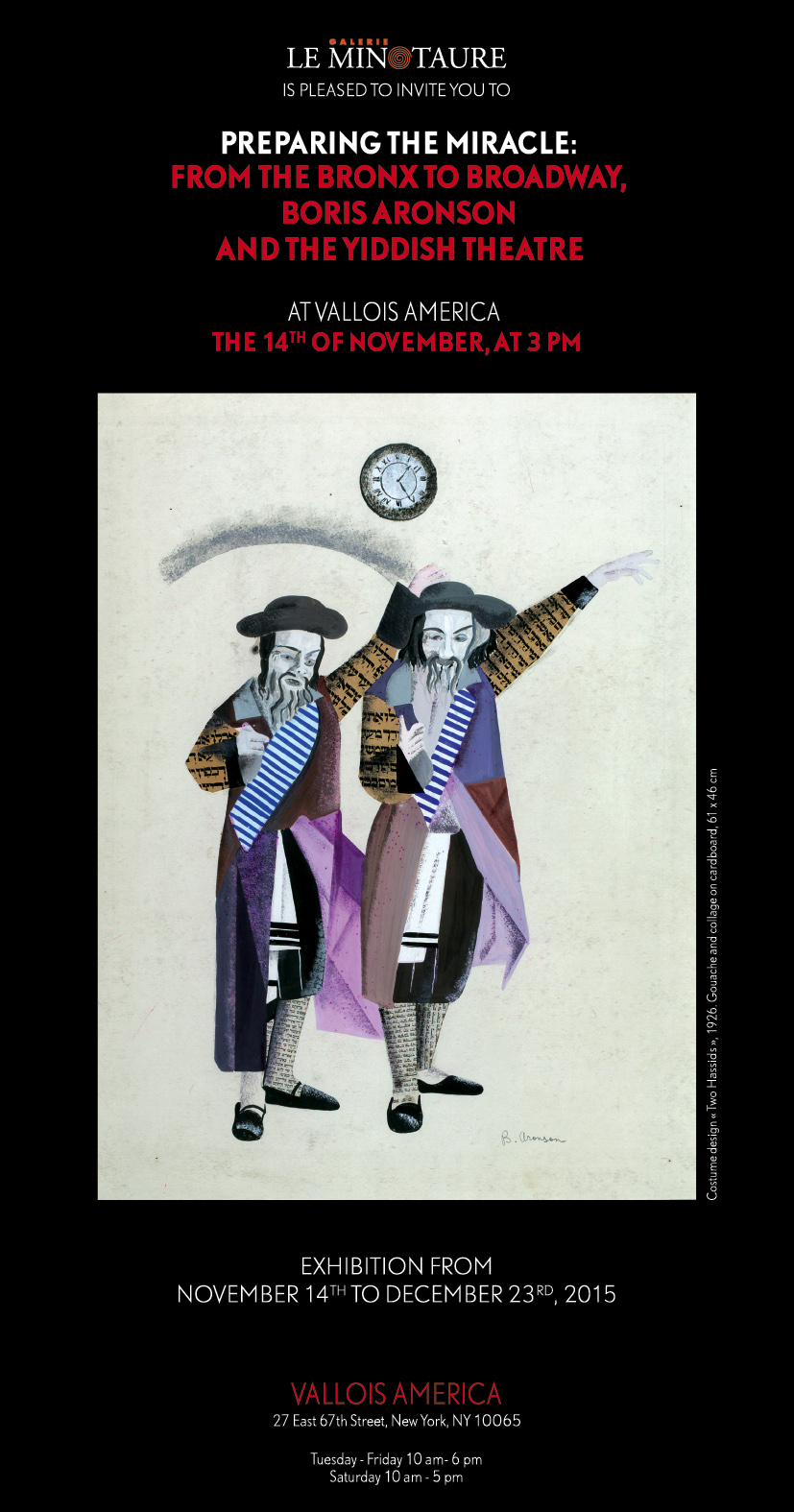